Oral hygiene is a tough gig—not unlike owning a funeral home or selling tampons. If you’re a dentist, you’re not a “real” doctor. No one really likes you, especially kids. On the product and marketing side it’s an even tougher sell. I don’t know anyone who’s getting pumped to save up for floss and a root canal.

Which is precisely why oral care has been an industry ripe for disruption for decades. On top of the obvious image and excitement barriers, the space has been owned by a few big corporate players like Proctor & Gamble for a generation, whose greatest achievement in general has been a lack of innovative. The big leaps forward in my lifetime have included mind-benders like curved toothbrushes and flavored mouthwash, while we’ve simultaneously experienced fundamental transformation in almost every other segment of the economy. 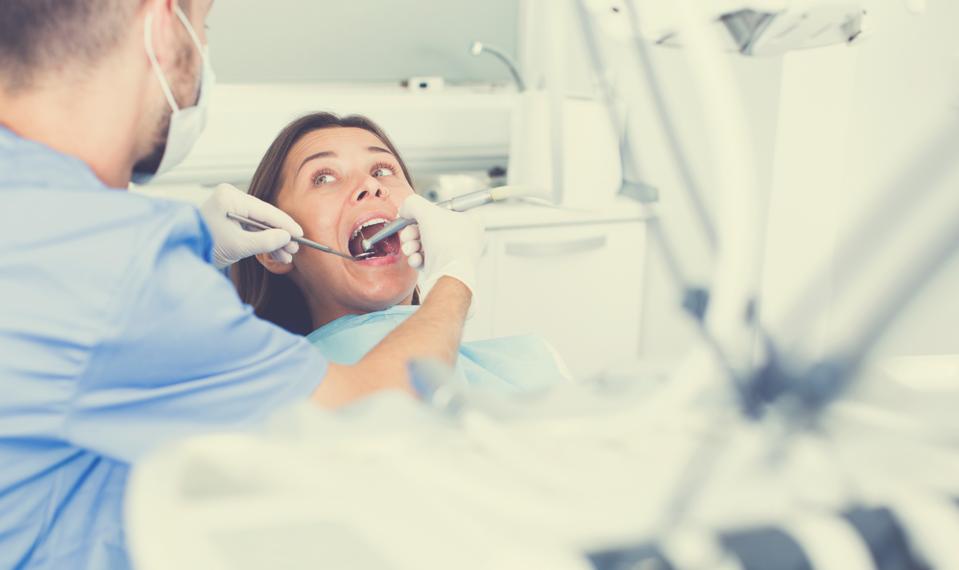 “Big companies are all about pricing dynamics and SKU profileration to feed the machine,” explains Ted Jin, founder and CEO of start-up Dose Biome. Before pitching out on his own, Jin was a 10-year Proctor & Gamble product development veteran launching new brands and marketing campaigns for Crest and Oral B.

“A big product launch for us was a new double mint or triple mint toothpaste, or branding an existing product with a new co-marketing campaign that was kid friendly,” Jin continues. “What I ultimately realized is that this is how companies move away from focusing on real innovation, looking at technology from an upstream standpoint, and pioneering advancements that can fundamentally change how people live.”

As a rule I like disruption for it’s own sake. Some of the businesses I admire most are the ones that were barely around for a decade, but they shook things up. They scared the entrenched interests, forced a new conversation, and pulled everyone forward.

Which is why I liked Jin from the jump. He’s an unlikely maverick. He has a degree in electrical engineering from the University of Toronto, and spent the first decade of his post-grad life working corporate gigs and dutifully staying inside his swim lanes.  Yet what started as an initial product development position for Jin at P&G morphed quickly into C-suite level sales, marketing, and branding opportunities for some of the company’s most iconic and lucrative brands like Gillette, Head & Shoulders, and Pantene. As an engineer Jin innately understood that knowing how to solve a problem was the only first step in coming up with the products to do it. Refining that product, making it accessible, and giving it a life of its own turned out to be Jin’s unique skill. His bosses agreed.

For most people from an older generation, Jin’s gig would have been a dream job, a golden parachute. But as he moved further up P&G’s ladder in his late 20s, eventually taking responsibility for finances, supply chain logistics, hiring and firing, and top-level brand management, Jin got further away from the products. He saw that he was entrenched within a company that fed itself relentlessly without knowing why, while upstarts like Dollar Shave Club were changing the whole way people eat right under his nose.

Jin was about to jump ship and go out on his own when he learned in early 2016 that he and his wife were about to have their first child.

“It’s crazy. All of a sudden you’re ready to take the biggest risk of your life. But then life has news for you. And it turns out that you’re just not quite ready yet,” recalls Jin. But by June he had changed his mind for good.

“While wife was six months pregnant, we finally looked at each other and said screw it. From here on out life’s just going to get harder and more complicated. You get comfortable, you lose your drive, you lose your desire to take risks. We decided that if we were going to make this happen we had to do it now.”

Jin launched Dose Biome three months later centered around the emerging technology trend in promoting healthy bacteria in the products that we use every day.

Qii’s accessibility is the key to its functionality

“I wanted to pitch a technology platform first, and products second,” recalls Jin of those first few months, which were backed by an early angel network. “We use so many anti-bacterial products in our lives. But we have to live in balance with our microbiomes. So how do we change the idea of how we stay healthy through how we eat, what we put in our bodies, and feeding the bugs within us? Everything we consume needs to create the right balance so what can we do promote that? I ultimately decided to start with oral health. You go with what you know. I know oral health. And I know beverages.”

Dose Biome launched its first product five months ago called Qii (pronounced “chee”, tastes like tea), which is how you say ‘Seven’ in Mandarin—seven being the ideal pH level for our drinks. When written, Qii means “the energy within”. Hygienically it also happens to be the world’s first beverage proven to eliminate 52% of plaque in one serving along with promoting healthier gums and oral health overall. Qii started with two tea flavors. Jin recently launched three more in April.

The fact that oral hygiene and tea have probably never been put into the same sentence before is disruption’s brilliance. The beverage industry doesn’t know where Qii fits. The oral hygiene business sees tea as the ultimate adversarial selling point—a sugar and stain delivery device in one. But Qii’s already on their radar as a threat to the status quo. What if someone had told you 20 years ago that you’d unlock your front door remotely from your home when you kids got home? Or that you’d be sitting in traffic with driverless cars?

Jin’s essential premise for Qii as a product was always to be provocative and practical at the same time.

“We eat farm-to-table, we buy organic coffee, we already have these habits amazingly healthy habits that are good for our long-term health,” Jin tells me. “But the research shows that of the majority of people who say that oral hygiene is a high priority do nothing about it. A big part of that is simply due to technology and how oral hygiene is delivered.”

On push back from investors when they first heard the pitch for pioneering the oral hygiene space in the first place, Jin laughs because he knew he had an image issue from the start.

“Of course there was push back on the oral hygiene issue. Investors saw it as a marketing issue. People just don’t’ care about it. It’s been the same for 50-100 years. We use toothbrushes that still use plastic bristles. Toothpaste has used floride since the 1950s. Why? We did studies about this. 90% of people will always say that their oral health is critical. 20% will then admit that they’ve gone to the dentist once in the last 2-3 years. So we asked ourselves how do we close that gap and get people to actually do what they want to do for themselves? These are the kind of data and opportunities that a lot of investors are looking for. I’m not a microbiologist, but when you’re working in this space, investors don’t care how sexy your product or technology is. Irritable bowel syndrome is big business. Investors want to make money.”

The can that will change the microbiome. To be continued

Today, Dose Biome is “small but mighty”, as Jin puts it, backed by a dedicated group of independent investors from Canada and Asia as well Johnson & Johnson in whose incubator space the company is currently located in downtown Toronto. “We eight people now. Four of us on R&D including Ph.D food science and biochemistry,” says Lin, “And four of us on marketing, business development, and product launch side.”

As for Jin’s next disruptive product launch that challenges that status quo, he’s keeping his cards close to his vest until this fall.

“As an entrepreneur coming from the corporate sector, the first thing you have to do is understand what you have to unlearn,” says Jin, “And then you’re reminded how to make things that actually work better for people instead of luring them into feeling better about something that hasn’t really improved at all.”

Personally, though I haven’t admitted this to Jin yet, there’s nothing that makes me feel better than mixing a Qii tea with a splash of rum on the weekends. It’s not quite a Long Island Iced Tea. But it’s far better for my teeth and gums.